HomeUncategorised 3% of Canadians still on dial up Internet

3% of Canadians still on dial up Internet

June 12, 2012 By James Comments are Off Canada, Technology/Internet

Is Your Internet Fast Enough?

Sometimes, it’s nice to move along at a leisurely pace, stop and smell the roses as they say. Never does that apply to traversing the Internet. Whether they’re using the Internet for business or entertainment, people want pages to load with lightning speed.

To be fair, part of the problem for about 3% of Canadians could be that they’re still using dial up Internet connections. Those living in rural areas can’t access the Internet by any other means. For those who can use more modern methods to connect to the Internet, the CRTC’s acting chairman Leonard Katz told the Globe and Mail that the CRTC is collaborating on a pilot project with an Internet Service Provider that — at the time of this post — remains nameless.

The CRTC has also established “speed targets” that are designed to ensure that Canadians can download and upload data at a rate of at least 5 megabits per second (Mbps) by 2015. The CRTC has also tasked ISPs with educating consumers about bandwidth.

When it comes to the Internet, especially when using it for business, slow and steady will no longer suffice. Canadians need the increased speed that the CRTC intends for them to have by 2015 in order to do business quickly and efficiently.

Are you concerned about your Internet speed?  Call us today and speak to one of our technical team members about your business Internet services. 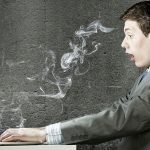